Of special note is that trend is documentation through 2019, before the COVID-19 pandemic. What effect the pandemic has on short to longer term residential development trends is as yet undetermined, and will continue to be an even more important economic indicator that will be tracked in the time to come. 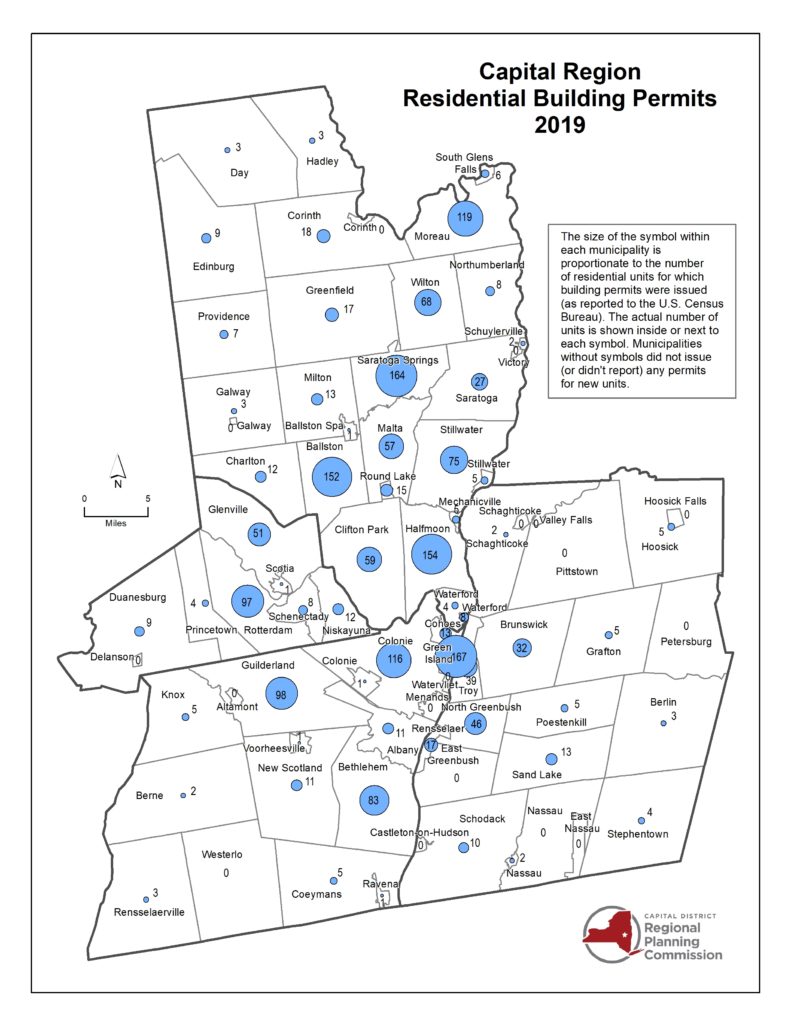 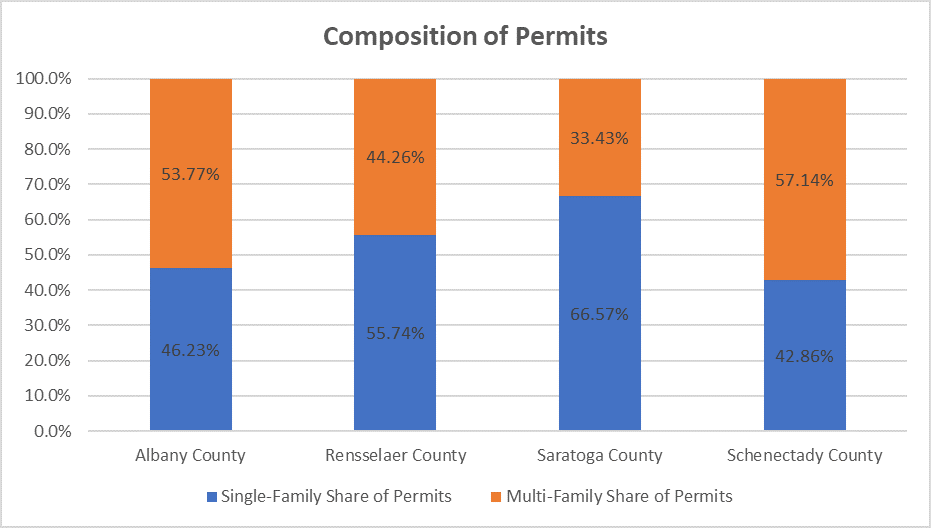 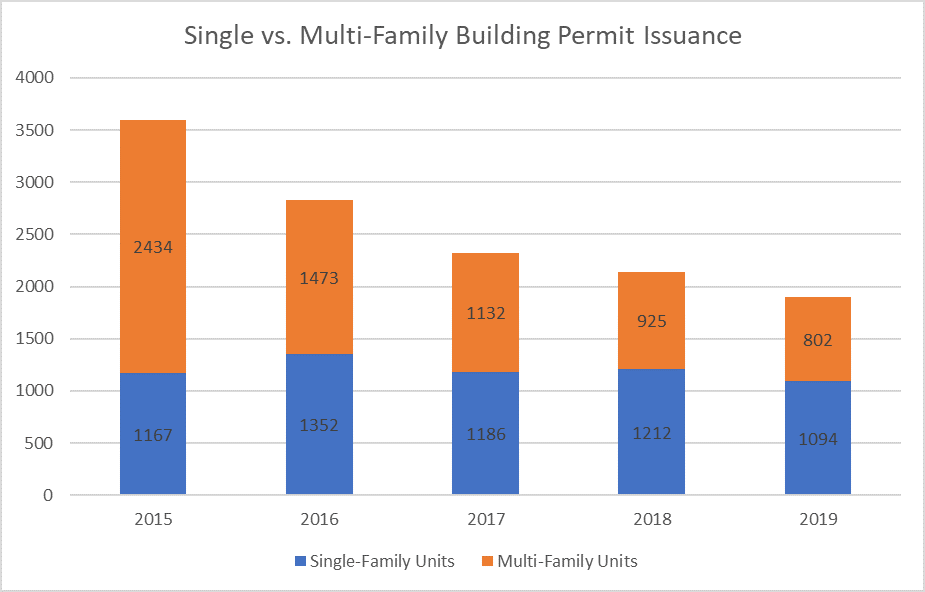 In 2019, the Village of Green Island issued the most permits with 167 total building permits. Many of these permits can be attributed to the Starbuck Island housing project, which looks to add 68 market rate units and 40 senior living units to the small island across from Troy. Of the issued Green Island permits, 163 were for multi-family units. Saratoga Springs and the Town of Halfmoon followed with the second and third most permits issued respectively. Saratoga Springs saw 164 permits issued with 61 permits being issued for single-family units and 103 units for multi-family permits. The Town of Halfmoon followed with 154 total permits issued, all of them being for single family units. 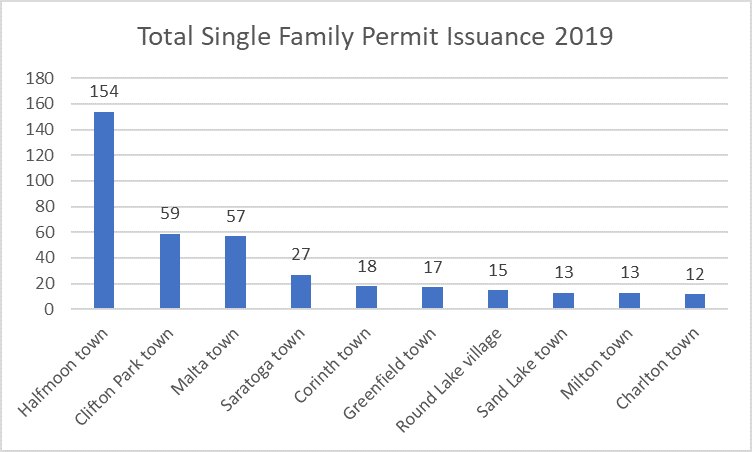 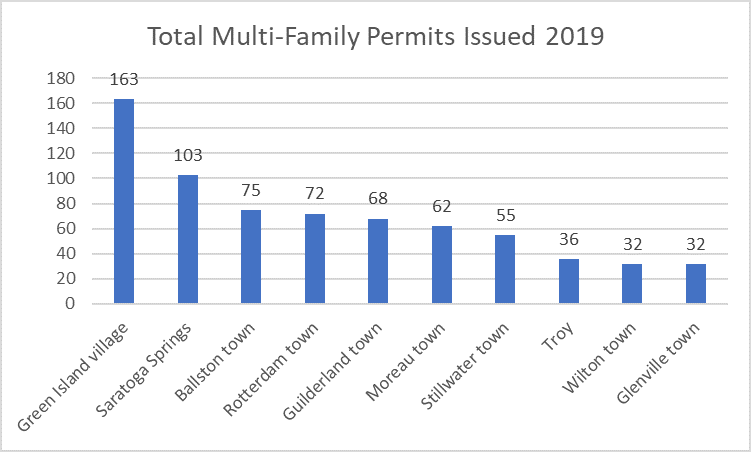 Building permit issuance is one of the core economic indicators for a local municipality and a region overall. More houses being built signals that more people want to move into an area, meaning more spending power and typically, more jobs. It is still unclear how the current pandemic will affect 2020 permit issuance and the region’s economy overall in 2020 and beyond. As the country continues to face the COVID-19 epidemic, CDRPC will continue to monitor and provide updates on housing starts and other important economic indicators for the region.