Troy on the Rebound! Capital District Data for September/October

The September/October issue of Capital District Data is now available from the Capital District Regional Planning Commission and features a profile of the City of Troy. This is an exciting issue for CDRPC!  It also includes an exit interview with the Commission’s long time Executive Director Rocky Ferraro along with the launch of a new feature we’re calling the “Community Spotlight Series.” This new feature will take readers on a trip across the Capital Region to explore individual municipalities to see what exciting projects they’re undertaking to advance their communities. Also, new for this issue is additional attention to both the unemployment and CPI rates. With the addition of a brief write-up, both the unemployment rates and CPI rates will be more thoroughly explored so that readers are provided a more complete explanation for any trends. 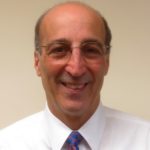 With almost 30 years of experience at CDRPC, Rocky Ferraro has had a distinguished career in the Planning world. In our exit interview, Rocky discusses his long career at CDRPC.  He talks about how he originally came to the Commission after working in Ohio.  Rocky discusses how the Combined Sewer Overflow program and Juvenile Detention Facility have become cornerstone programs.  He looks forward at emerging programs that will take the Commission into the future.  Finally, Rocky reflects on the projects that he’s most proud of and even areas in which he wishes more progress had been made. It’s an insightful interview with a man that has been involved with the Commission for much of his professional career.

Troy on the rebound!

The first edition of our new feature “Community Spotlight Series” examines the City of Troy. After lingering for decades, Troy has seen an incredible rebound in recent years. The Community Spotlight Series provides readers with a deeper understanding of the City’s efforts to advance its communities, as well as its challenges. The feature looks at the City’s new master plan, affordable housing efforts, the Community Land Bank, and projects from private developers. It also examines the challenges facing the City, namely continued budgetary struggles. Tight budgets after years of mismanagement in the 1980s and early 1990s, have limited the City’s ability to reinvest in itself.

Despite the challenges there is reason for optimism in a City that saw its population peak over 100 years ago. Population has increased since 2000, there are more jobs in Troy now than in 2002, and unemployment is down. In the future, CDRPC hopes to take the Community Spotlight Series on the road to other municipalities. The Capital Region is a diverse place with rural, suburban, and urban municipalities that are all doing great work. The Community Spotlight Series strives to be geographically diverse and bring readers stories from any municipality.