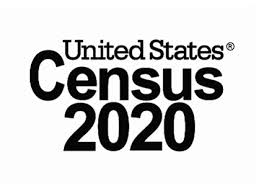 Aside from the citizenship question that has been in the headlines of late, many wonder what information the Census collects, and to what purpose?  What exactly is the Census, and does the response rate really matter? With the 2020 Decennial Census fast approaching, it is important to take a look at the origins and importance of the Census, its function, and how to participate. In the coming months, CDRPC will be providing further information and updates on the Census to the Capital Region.

What is the Census?

Since 1790, the United States has undertaken an effort to make an exact count of every resident living within the country’s borders every 10 years. Mandated by the United States Constitution, the Census was originally created to determine the population of each state so that the correct number of delegates in the House of Representatives could be apportioned to each state.

In the modern era, the Census has become much more than just a population count. In 1790, the Census had questions regarding the number of residents in the household and their gender. However, more modern surveys have expanded the topics to include race, Hispanic origin, occupancy status, and much more. This data is compiled and shared with the public to be used by anybody that is interested in it. This data is used by various organizations across the country, including CDRPC, to help plan for and improve communities.

Why is the Census Important for the Capital Region?

While the Census has various important uses, there are four that are especially important to the Capital Region:

The Census helps the Federal Government and other decision makers determine how to disperse over $600 billion of funding each year. Using Demographic Data from the Census as well as other Census Bureau surveys, decision makers can analyze states, counties, cities, towns, villages, and even blocks to best determine where funding is needed. This aid goes to school, firehouses, hospitals, and many other vital institutions that otherwise would not be able to operate. It is also used to plan for and fund larger nationwide programs such as public health initiatives and infrastructure programs.
Despite the importance of the Census, there is a disconnect amongst the public in understanding how important it truly is. In a 2018 survey conducted by the Census Bureau, only 45% of respondents knew that the Census was used to help decision-makers determine how to disperse public funding. This highlights a major barrier to a complete Census count, as people who may not fully understand its importance and what it’s used for will be less likely to fill out the Census. 40% of respondents felt it did not matter if they were counted in the 2020 Census and men between 18 and 34 years of age are the least likely to respond to the Census.

Shifts in the population can create more or take away a state’s congressional districts and reflects which states and regions are growing or shrinking. Between 2000 and 2010, Northeast and Midwest states generally lost congressional seats while states in the West and South gained seats. Between 2000 and 2010, Texas gained four Congressional seats and Florida gained two, the most of any states in the country. Washington, Nevada, Utah, Arizona, Georgia and South Carolina all gained one seat as well. New York and Ohio each lost two seats while Illinois, Iowa, Michigan, Massachusetts, and Pennsylvania, amongst others, all lost one seat.
Based on projections from the University of North Carolina’s Demography Department, from 2010 to 2020, Texas and Florida are expected to gain congressional seats again, while New York and Ohio are expected to lose seats again. Maps of the 2000-2010 and 2010-2020 changes can be viewed below. 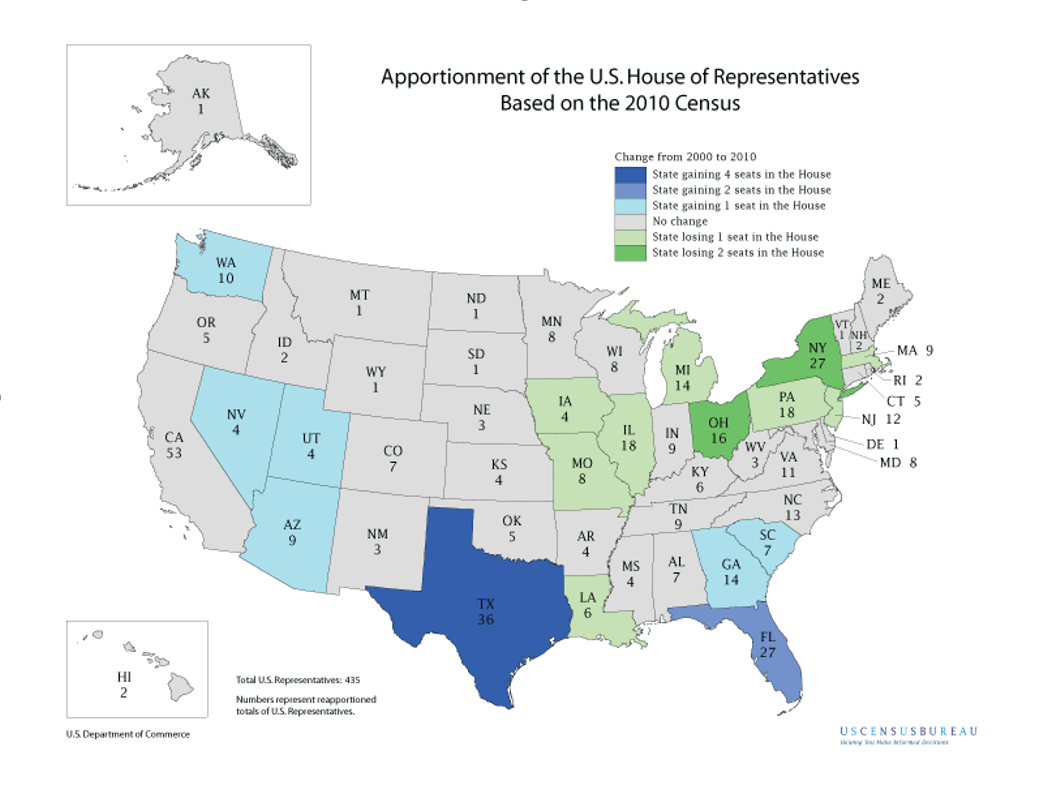 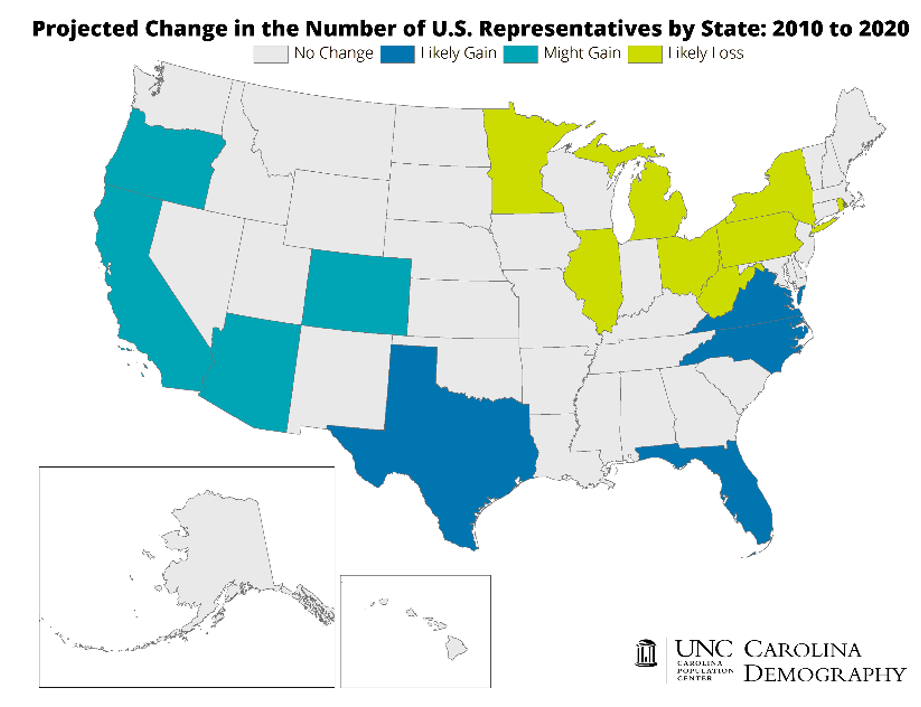 The Census provides us with data on the National, State, and Local levels that help define who we are as a nation and the makeup of the people that live in this country. Data on race, age, population, sex, housing, and more are gathered by the Census which is used by governments, non-profits, and other agencies to get a better understanding of their communities and how to best serve an ever-changing country. This data is free to use by anyone who is interested and is one of the most vital tools used by public and private sector workers on the Federal, State, and Local level.

Amongst other reasons, these four factors emphasize the importance of the Census and the necessity of having an accurate count. At the highest level, having the proper number of representatives in the House of Representatives is important to have every resident of the United States to be properly represented. At the local level, receiving proper funding in your community is essential to have a properly functioning government and local institutions. Raising awareness of the Census and its function will be very important moving forward to ensure that everyone participates.

It is vital for everyone to participate in the 2020 Census, and there will be more ways to participate than ever next year. April 1st, 2020 is “Census Day” and represents the date that participants will use when filling out the Census. Participants will respond to the housing portion of the survey by where they are or will be living on April 1st. By April 2020, every household will have received an invitation to participate in the 2020 Census. From there, households will have three options to participate; online, by phone, or by mail. Giving these three options will allow people to respond to the Census regardless of access to resources. For online respondents, each household will be given a specific ID they can use to log on and fill out the Census. More details on the invitation process will be coming out in the coming months and updates will be provided by CDRPC or on the 2020 Census website.

The Rockefeller Institute of Government recently published a report on providing a guide to achieving a complete count. In New York, the threat of an undercount is increased by a mixture of miseducation and new online census forms. This report builds off of the Institute’s database of 500 communities most in danger of an undercount in New York and provides five recommendations for overcoming challenges created by the citizenship question and the online questionnaire. These recommendations include:

You can read the full report here.

Census Efforts in the State and Region

Being that the United States is such a large and diverse country, much of the Census work is delegated to the State and Local levels. States want an accurate count to ensure they receive proper representation on government, and local governments want to ensure that they receive proper funding. Due to the diverse nature of the country’s population and diversity within the states themselves, the State of New York created the New York State Complete Count Commission. This bipartisan commission, appointed by the Governor, has been traveling around the state holding public hearings to gather input from stakeholders and citizens on concerns that the Census process might face and how to overcome them. These hearings have taken place in every region of the state, from Long Island to the North Country, Western New York and everywhere in between. The commission will utilize the accounts and data they receive at these meetings and create special working groups, establish partnerships, and create a comprehensive plan of action for the state to undertake to ensure that there is an accurate count and that no one is left out. Presentations and testimonies delivered at these hearings can be found online here.

For more information on the 2020 Census, be sure to check out CDRPC’s other Census resources on our website and be on the lookout for future Census announcements and messaging. Check out CDRPC’s Census Mapper application which enables users to easily apply census data into a visual format and identify trends throughout the region for a number of different data topics including population, building permits, and other Census data. You can check out a tutorial for the Census Mapper here.

Future posts will introduce you to the vast amount of Census Information available to the public from the national level down to portions of a local community.

Check out the Census Bureau’s America Counts: Stories Behind the Numbers for examples of how Census Data can be used and information on various demographics throughout the country.

Maps and tables courtesy of: