At the beginning of the COVID-19 pandemic, unemployment across the state hit record highs due to many employers shutting down. Weekly unemployment claims in the Capital Region have been trending down since March, but have yet to return back to 2019 levels. Initial unemployment claims account for the total number of people who filed for unemployment benefits in a given week.

Across the 8-County Capital Region, unemployment claims exploded towards the end of March and beginning of April, hitting a high of 18,644. This is approximately 18,000 more claims than the same time period in 2019. Since this high, unemployment claims have steadily been decreasing through the beginning of August, where they hit a low of 1,579  total across the region. Weekly claims rose back above that low in the following weeks and remained relatively stable around 2,000 claims per week. Declining weekly unemployment claims indicate that people are able to return to work as COVID infection rates become more manageable and businesses are able to reopen in limited capacities across the region. It is important that we continue to monitor weekly unemployment claims to determine the region’s progress in reopening and people to regain the employment they lost due to the pandemic.

For a larger view of the county charts, you can hit full-screen on the bottom right of the Tableau window.

Looking at four of the Capital Region Counties, Albany, Rensselaer, Saratoga, and Schenectady counties, we can track recovery at a more local level. The four counties have seen very similar trends in terms of weekly unemployment claims spiking in March and steadily declining over the following months. Of the four counties, Albany saw the highest single week of claims in late March with 4,536. All four counties saw spikes this week and a high number of claims in the following two weeks. Over the past few weeks, Albany has remained in the upper 600s and Schenectady County around 400. Both Saratoga and Rensselaer’s claims have remained around 300 over the past few weeks.

You can check out each industry statewide unemployment claims from mid-March through last week by selecting an industry in the filer section on the top right of the Tableau window.

All industries across the state have been affected by COVID-19, but some industries have been hit much harder than others. Overall, the Accommodations and Food Services industry has been hit the hardest, reaching a high of 95,874 unemployment claims during the week ending on March March 28th across the entire state. With restaurants and other indoor event spaces being forced to close, this industry faced unprecedented hardship due to the nature of COVID-19. However, communities and businesses have been able to adapt and respond to the pandemic and the industry has recovered well with the most recent week having just 4,304 unemployment claims. Other industries that were hit especially hard by the pandemic include Retail Trade, Health Care and Social Assistance, and  Construction / Utilities. 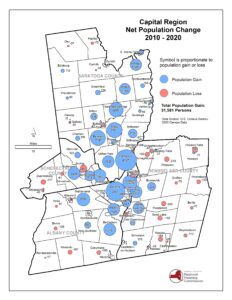