Population grows by 1.4% in region. 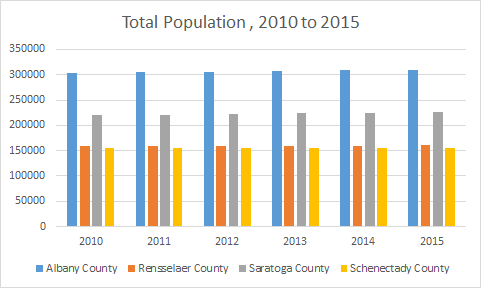 Some of the contributing factors behind the increase in the region’s population has been natural increase and international migration. The region experienced a natural increase as births outweighed deaths between 2010 and 2015 and more recently between 2014 and 2015.  The region as a whole also saw an increase in population due to international migration in both the 2010 to 2015 period and again from 2014 to 2015.  According to CDRPC’s Rocky Ferraro, this international growth is likely due to the job opportunities in the region associated with growth in the manufacturing, technology, and research and development areas.