Cost of living in the Capital Region saw very little change over the last two quarters.

The cost of living in the Capital Region remained relatively flat between the second and third quarters of 2017 according to data reported by the Council for Community and Economic Research (C2ER). The Capital District Regional Planning Commission, Capital Region Chamber, Center for Economic Growth, and the University at Albany collaborate to collect data necessary to index the region’s cost of living relative to 266 other urban areas across the United States. 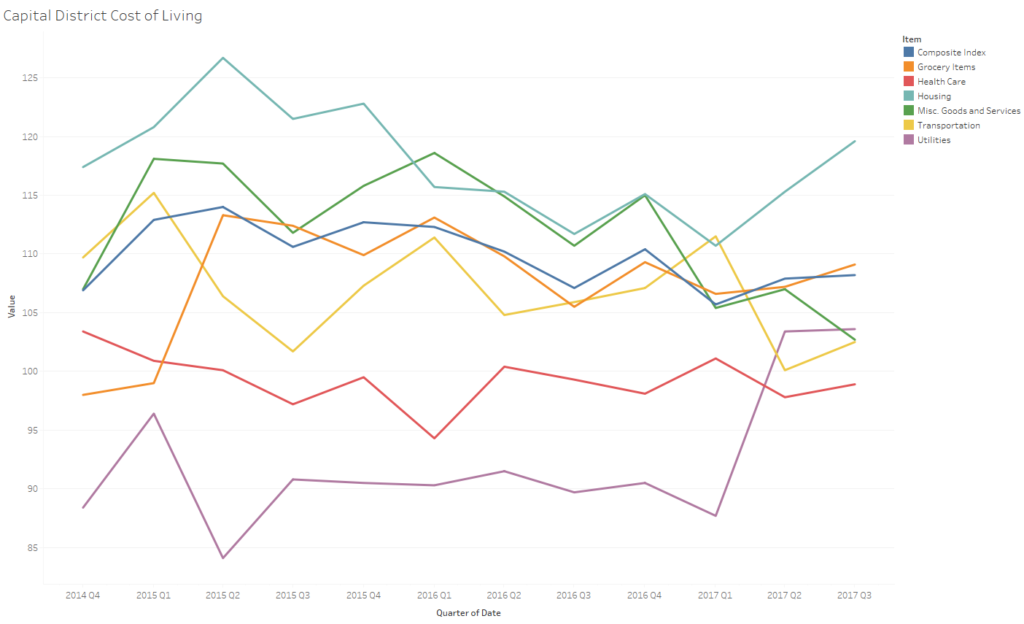 “People want to be here,” said Mark Castiglione, CDRPC’s Executive Director.  “And they can afford to pay a little more given the strength of the region’s median household income.”

“The Capital Region continues to be an affordable and attractive place to call home,” said Sean Maguire, CDRPC’s Director of Economic Development . “While the cost of housing remains one of the highest components of the index, we believe that reflects the desirability of the region.