The 2018 Census Building Permits data are now available from CDRPC. This analysis is a continuation of last year’s DataNews post, which can be viewed here. Utilizing last year’s analysis and the current 2018 data, we can see a slight decline in overall building permit issuance and a decline in the share of multi family permits issued. In the short term, overall permit issuance and the share of multi family permits has continued a decline since a 15 year high in 2015. In the long term, permit issuance is still in line with the overall trend since 2012 and is relatively stable in that time. Permit issuance is still below the levels seen in the early 200s, but above the early 2010 years. 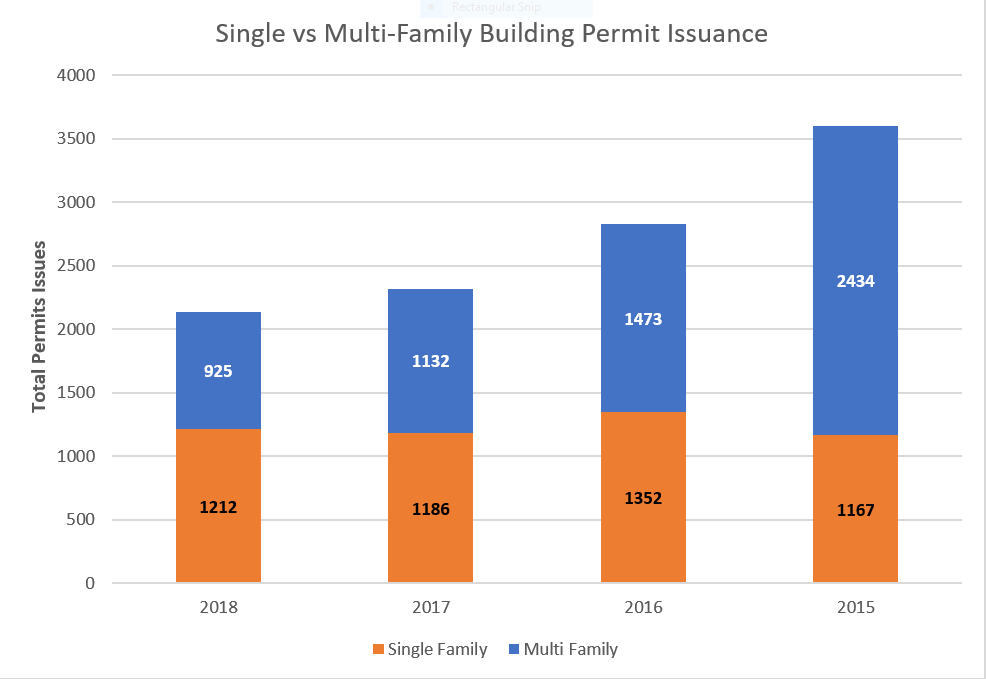 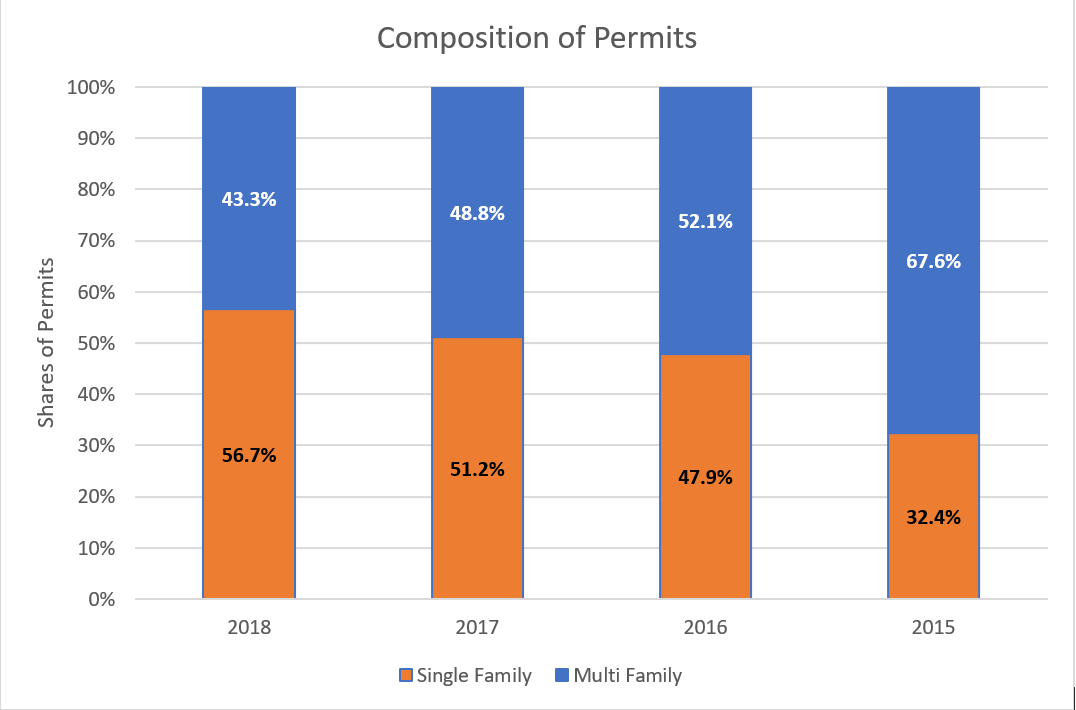 While we know the total number of permits issues throughout the region, not all communities issue an equal number of permits. Across the region, some communities issue hundreds of permits each year and some communities do not issue any. From 2008 through 2018, Colonie issued by far the most permits, with 4,070 total permits issued, followed by Halfmoon (2,257), Saratoga Springs (1,522), Albany (1,204), and Bethlehem (1,202). For Colonie, Halfmoon, and Bethlehem, half or most of these permits were for single family residential units with 2,436 in Colonie, 1,446 in Halfmoon, and 604 in Bethlehem. Saratoga Springs and Albany saw a much higher rate of multi family permits issued with 1,045 in Saratoga Springs and 933 in Albany over ten years. These are the only communities that issued over 1,000 permits over the ten-year period, however many communities issued between 800 and 1,000 as well. Check out the map below for a look at other communities permit issuance.

In 2018, Colonie (380), Saratoga Springs (242) and Halfmoon (161) again saw the most permits issued, with Stillwater (146) and Guilderland (140) close behind. Of these communities, Colonie and Halfmoon saw the largest share of single family permits with 218 in Colonie and 159 in Halfmoon. Larger shares of multi family permits were seen in Saratoga Springs (162), Guilderland (108), and Stillwater (96). Ballston, Rotterdam, and Albany also issued over 100 total permits in 2018. For a detailed breakdown of each community’s permit issuance between 2008 and 2018, check out the table below.