Did you Know? Capital Region Foreign Trade Zone-121 offers benefits to businesses within a 10-county area 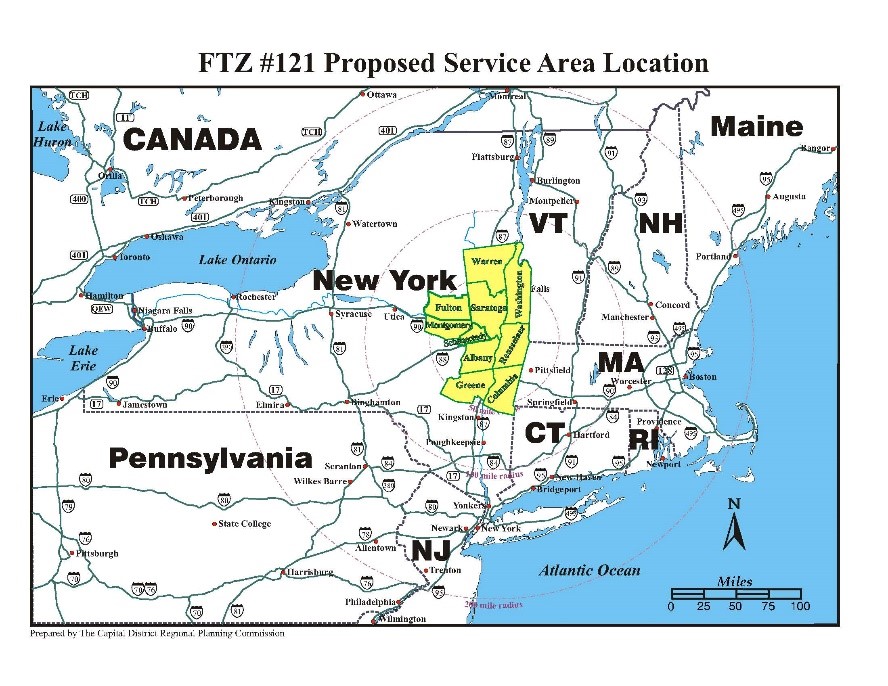 Foreign-trade zones are secure areas under supervision of U.S. Customs and Border Protection (CBP) that are considered outside the customs territory of the United States for the purposes of duty payment. As a result, activated businesses in an FTZ can reduce or eliminate duty on imports and take advantage of other benefits to encourage foreign commerce within the United States. 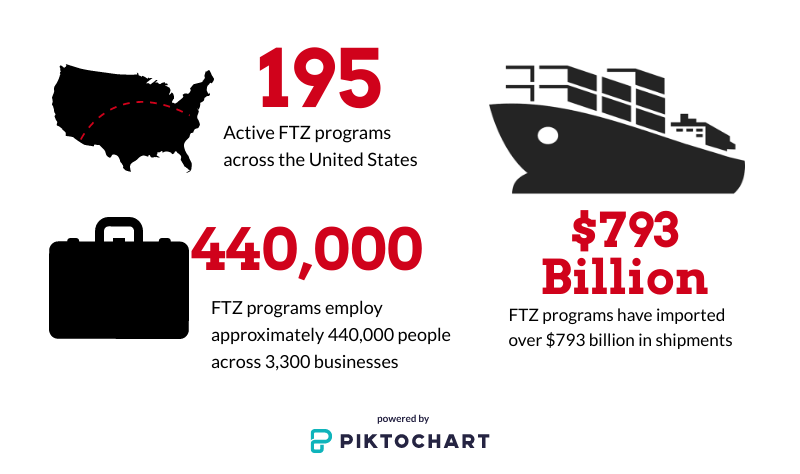 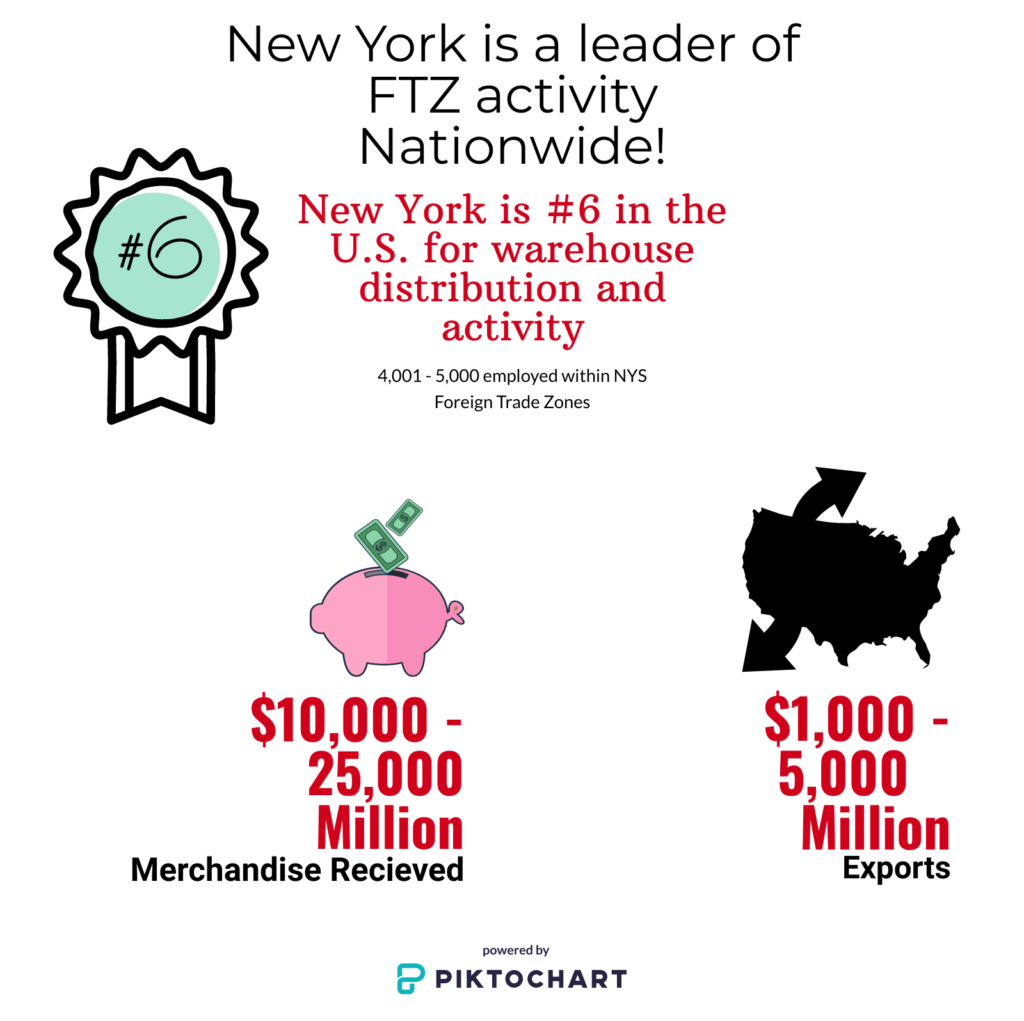 What can be done in a Foreign-Trade Zone?

Any merchandise that is not prohibited from entry into the U.S. may generally be admitted into a Zone. Manufacturing, processing and any activity that results in a change of the tariff classification can occur in a Zone but must be specifically approved by the FTZ Board. Retail trade is prohibited in Zones.

Certain types of merchandise can be imported into a Zone without going through formal Customs entry procedures or paying import duties. Customs duties and excise taxes are due only at the time of transfer from the FTZ for U.S. consumption. If the merchandise never enters the U.S. commerce, then no duties or taxes are paid on those items.

Although FTZs are considered in international commerce, FTZ sites and facilities remain within the jurisdiction of local, state and/or federal governments and agencies.

What are the Benefits of a Foreign-Trade Zone?

According to the U.S. Foreign Trade Zones Board, Zones may provide some or all of the following benefits to business:

1. Duty Deferral. Cash flow savings can result because Customs duties are paid only when and if the goods are transferred from the zone to U.S. Customs territory for consumption.
2. Duty Reduction on Inverted Tariff Situations. With specific authority, zone users may choose the lower duty rate when a product is entered into Customs territory (for import) in inverted tariff situations (when the tariff rate on foreign inputs is higher than the tariff rate applied to the finished product produced in the zone).
3. Duty Exemption on Exports. no duties or quota charges on re-exports (exception applies for exports to Canada and Mexico under NAFTA). No duty is payable on goods that are exported from a zone, or scrapped or destroyed in a zone.
4. Duty Drawback Elimination. Zones eliminate the need for duty drawback the refunding of duties previously paid on imported, then re-exported, merchandise.
5. Zone-to-Zone Transfer. Zones can transfer merchandise “in-bond” (i.e., insured) from one zone to another. Customs duties may be deferred until the product’s eventual entry into U.S. Customs territory.
6. Merchandise Processing Fee (MPF) Reduction: MPF is only paid on goods entering the U.S. Customs territory. Zone users are able to file a single entry for all goods shipped from a zone in a consecutive seven-day period instead of one entry file for each shipment (excluding merchandise subject to live entry).

If you would like further information on the Foreign Trade Zone Program please go to: https://cdrpc.org/programs/economic-development/foreign-trade-zone-121, or contact us at ftz121@cdrpc.org or 518.453.0850.