As part of the latest round of stimulus funding, the American Rescue Plan (ARP) provided direct funding to states, counties, and municipalities across the county. The funding can be used for a number of uses by state and local governments including;

States and local governments can not use the funding to cover the cost of pensions or to offset a reduction in taxes. 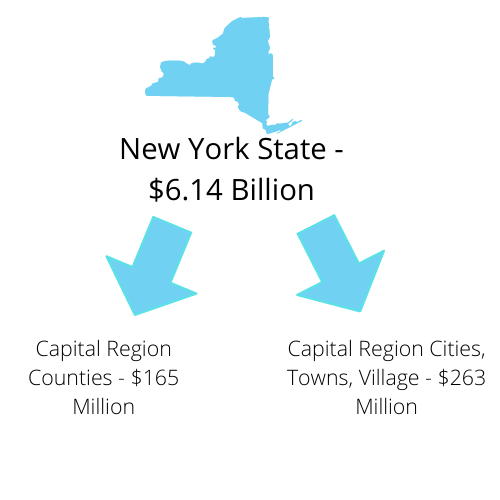 County allocations were based on 2019 Census population estimates. Albany County saw the most allocated funding with $59.52 million, followed by Saratoga County with $44.58 million. Rensselaer and Schenectady County saw similar allocations with $30.78 and $30.12 million respectively. 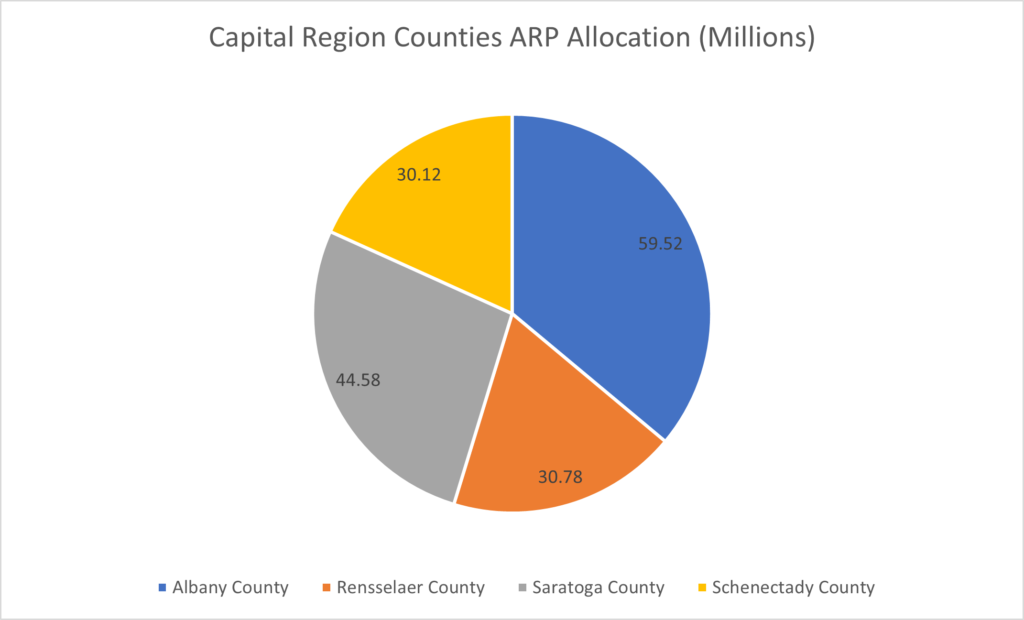 Albany County in total received $167.54 million, with Albany County receiving $59.52 million and the municipalities receiving $108.02. As well as being allocated the most funding for the county, the municipalities of Albany saw the most funding of the four counties. However, the majority of this funding was reserved for the City of Albany. The city was allocated $85.28 million, the most of any municipality in the region. The Town of Colonie also received a comparatively large allocation with $8.88 million allocated to the Town. The Towns of Guilderland and Bethlehem both received over 3 million in funding allocation with $3.92 and $3.83 respectively. The cities of Cohoes and Watervliet were the only other Albany County municipalities to receive over one million in allocations with $1.83 million for Cohoes and $1.09 million for Watervliet. 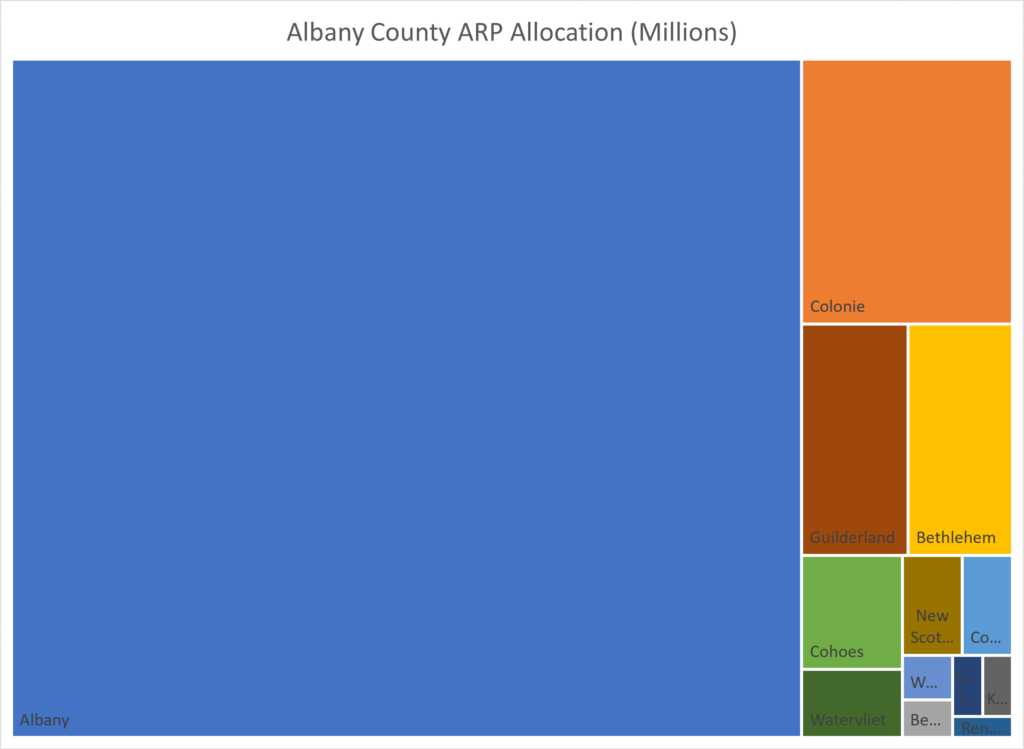 Rensselaer County in total received $88.39 million, with Rensselaer County receiving $30.78 million and the municipalities receiving $57.61 million. In Rensselaer, the City of Troy received the majority of the counties allocated funding with $45.6 million followed by East Greenbush with $1.78 million. Schodack and Brunswick had very similar allocations with $1.44 million and $1.43 million respectively. North Greenbush received $1.34 million in allocations and the City of Rensselaer was the only other municipality in the county to receive over one million in allocations with $1.01 million. 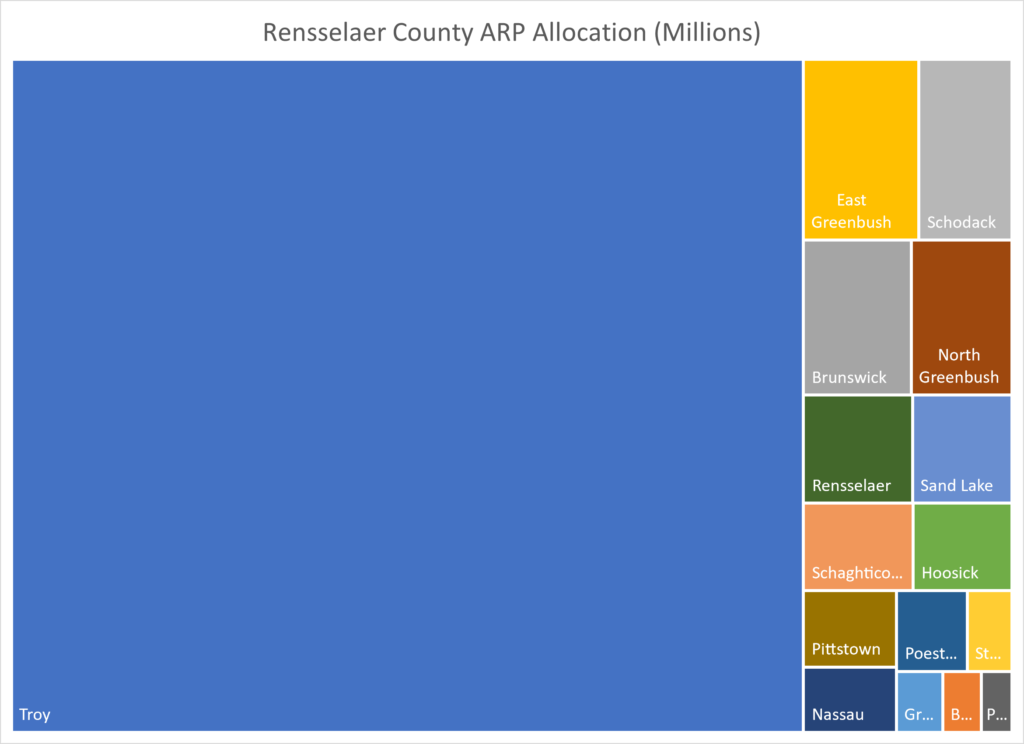 Saratoga County in total received $74.4 million, with Saratoga County receiving $44.58 million and the municipalities received $29.82 million. Saratoga County’s municipalities saw the lowest overall allocation of the four counties. The City of Saratoga Springs saw the highest allocation with $7.7 million in funding. Clifton Park received the second most funding allocations with $3.99 million in funding followed by Halfmoon with $2.7 million. The Towns of Milton and Wilton received $2.12 million and $1.86 million, respectively. Malta, Moreau, and the Town of Ballston received $1.78, $1.7, and $1.26 million respectively. 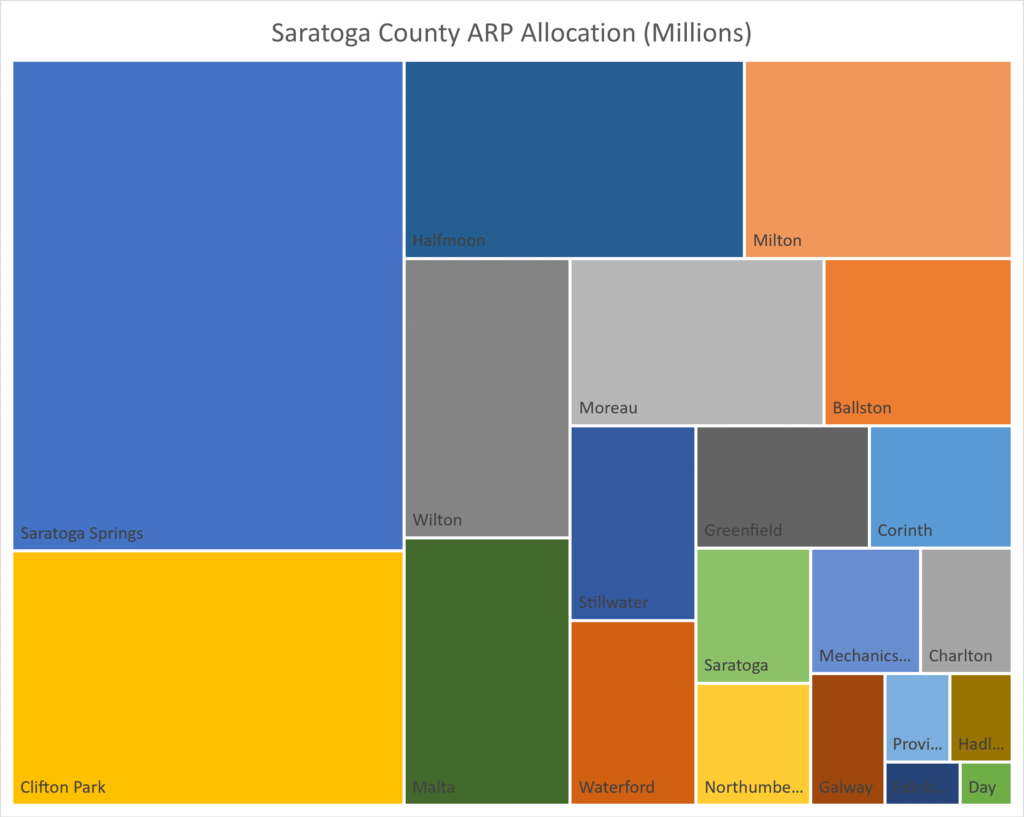 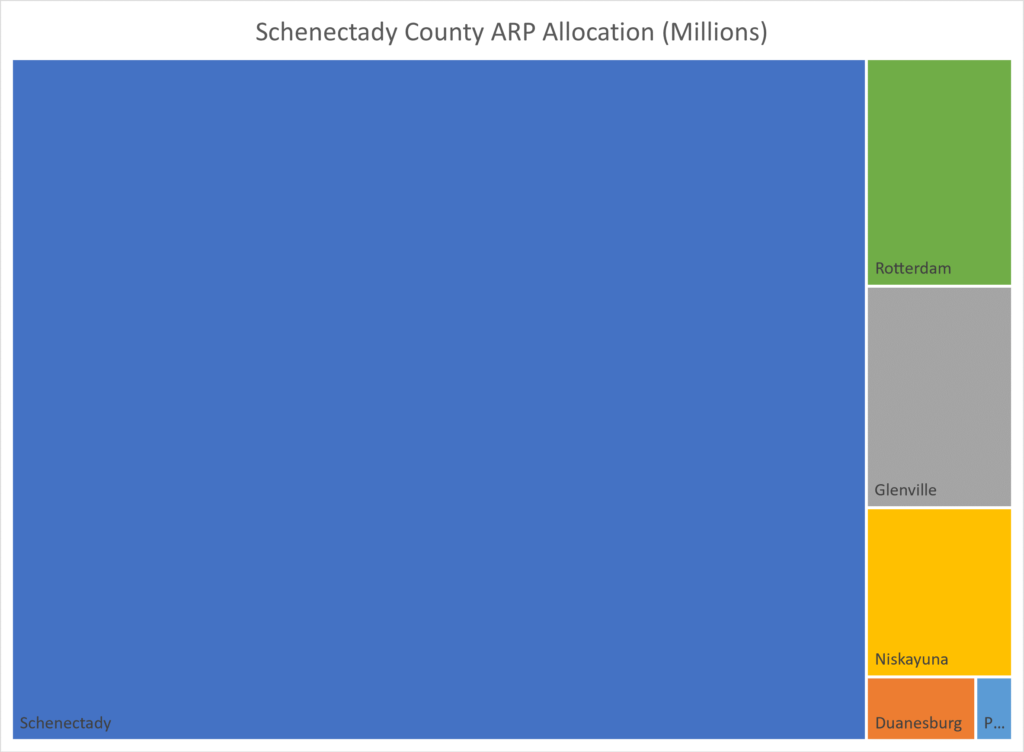 For a full breakdown of the allocation for the Capital Region and the rest of New York State, check out the official release from U.S. Senator Chuck Schumer’s Office.